On this picture of some train tracks there are two horizontal bars. Which one is longer ? While the topmost one appears to be longer than the one at the bottom the truth is they are both the same length. This is because the image of the tracks disappearing in to the distance leads your brain in to believing the object that is further away is larger than the one close by. 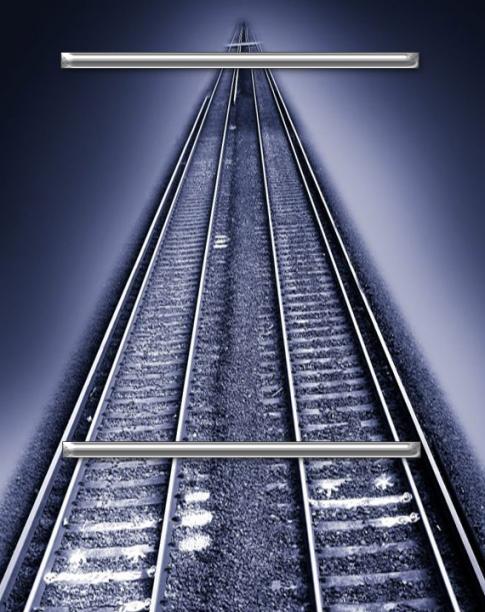 Both have the same size, in this case, when the object is close to another big?., is going to look smaller than the one on the top that is close to the small area from the track of the train. I love this type of pics.
Posted by Queen on January 18, 2015

Yah... they are actually same size. I just did measure them to prove myself hahahah!
Posted by TLW on March 12, 2012

it is and they do luigi
Posted by CuddLeeh on February 6, 2011

this one sucks, those two lines do not look different in length
Posted by Lizz on January 26, 2010

there the same lengh
Posted by Maggie on January 13, 2010