Rachel Howell sent this impressive afterimage of a butterfly in to us via email, to see the effect try staring at the white cross in the center for 35 seconds and then looking away at a blank surface. 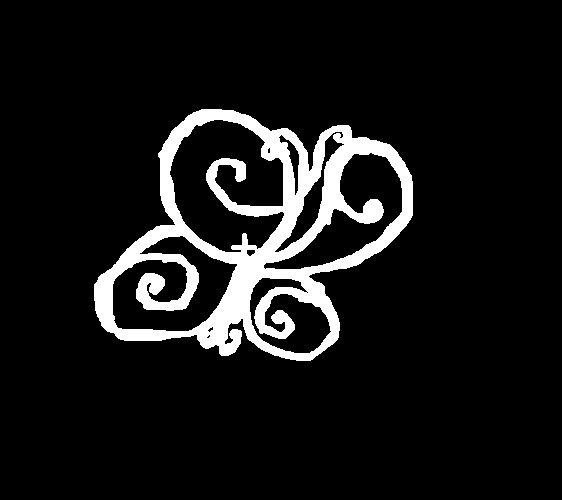 saw the butterfly in my head while closing my eyes but i did not see it fly.it's frozen
Posted by d3 rocks on January 3, 2014

it was gud but i wanted sumthing more interesting
Posted by Hanna on February 9, 2013

it was awesome i saw the same pic on the wall . go to braiden .com . its wonderfull. i swear
Posted by NEARD1 on November 29, 2012

wat a bangtidy butterfly i cud mot it out! lolxx
Posted by Maria on March 5, 2012

It's a butterfly flying away! Cool!
Posted by auntypizza on March 5, 2012

i look upwards , i saw a screen with the butterfly moving up and away o.O
Posted by johny on September 30, 2011

when i saww it on my wall, i could only see the outline of the image and some curved part.
Posted by jessica on September 20, 2011

after looking at it for some time and looking away i could see it every where. then when i closed my eyes i could see a video of a butterfly flying