This classic illusion consists of a series of shelves attached to a wall, but exactly how many shelves are there ? Try counting them from the left and then from the right, are they the same ? 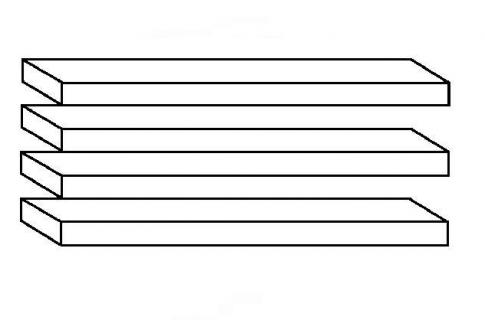 i say 4 cuz when u cover the left & right sides & look at the middle, u count the rectangles & by 2 cuz there are SHELVES, the remaining numbers 4
Posted by Diana on April 24, 2014

8 shelves these illusions will fool you people look so freaking close and count it over
Posted by Martin on December 25, 2011

try covering the left side and the right side and see what ur left wif cuz then u get the answer
Posted by tyler on October 12, 2010

count it people there are seven shelves, four on the left side, three on the right side
Posted by Mermaid on July 14, 2010

i think 3 becuse they just added another rectangle to the left when there really is 3 eey shawty
Posted by gfrreyt on March 12, 2010

i think the right side is correct, they just added an extra rectangle on the left, then it gives us the illusion there is 4 when there really is 3.
Posted by moll on November 22, 2009