This impressive illusion was created as part of a campaign by the American Red Cross to raise awareness with regard to earthquakes. The vehicle is painted to show an earthquake ravaged version of the buildings behind it which in this case is at Justin Herman Plaza in San Francisco. 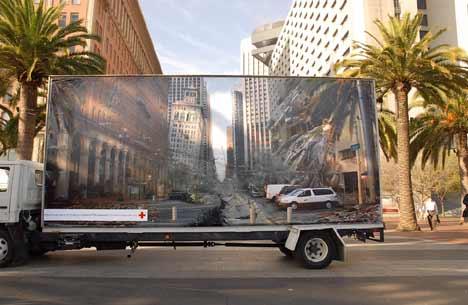