Here's a spooky illusion just in time for Halloween. What do you see in this picture, a profile of Salvafor Dali or a ghostly woman ? 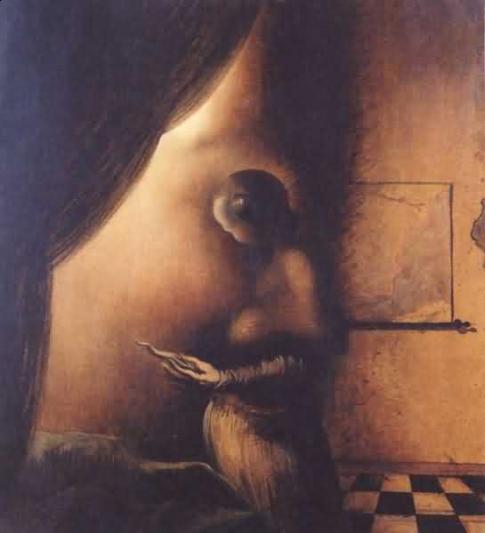 these r cool i love the black chair illution
Posted by dlarej santos on January 17, 2013

CREEPY
Posted by Shanelle on February 7, 2012

Its a wierd painting the womans head is the mans eye.Her chest and back is the mans nose.Her arm and the thing she is holding in her hand is the mans mustach on his face.And the bottom of the ladies dress is the mans beard.
Posted by charlotte on January 22, 2012

OMG its coooooooooool
Posted by alysia on November 15, 2010

i see both of them thats still scary
Posted by Tony on November 5, 2010

women and a man
Posted by Siera Marie Owens on December 22, 2009

its both!!! i learned abt dali before he did dis thing called surrealism its great!!!!
Posted by Maggie on December 16, 2009

I see a woman and man\'s portrait.