Here is an unusual spectacle that can be found at a water park called Aqualand in Puerto de Santa Maria, Spain. Visitors to the park are treated to a view of this faucet that appears to be floating in mid air above a pool in to which the water is flowing. The secret to this illusion lies in a pipe that is expertly concealed within the flow of water and which both holds the faucet in the air and supplies the water pouring from it. 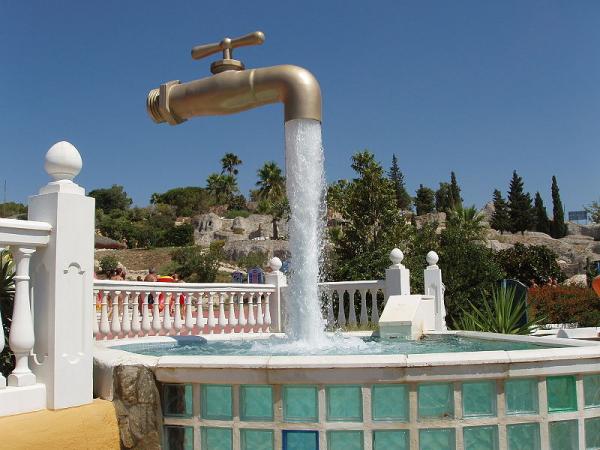 Very creative and original, the support have to be a transparent pipe or something with mirror to reflect the water when is falling. I want something like that in my garden he he.
Posted by hjsbsfhjb on July 3, 2015

i this illusion at the caldwell street fair
Posted by D.Sundarraj Allwin on March 31, 2014

Exellent images and wonderful.
Posted by Anonymous on February 22, 2014

Rocket tap! It's a rocket tap that floats with water!
Posted by lency on June 5, 2013

its not that hard to know how they did that
Posted by Hailey Reaves on May 28, 2012

one came to my school it was awsome.
Posted by carazy pretty gal on October 9, 2011

the water is going around a pipe
Posted by Nupur Munda on April 7, 2011