There is nothing to see in this image you might be thinking to yourself, it just looks like a randomly patterned grey and white box. If that is all you can see when looking at this optical illusion then you are mistaken. In the picture there is a hidden message, take a closer look, can you read what it says? I will give you a clue - try counting sheep. 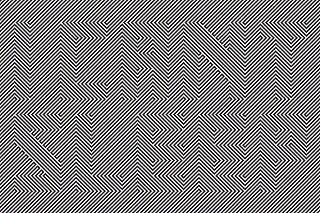 When I first saw it, I already knew what it said. I CANT SLEEP
Posted by loy on September 2, 2014

I can't sleep either. Try listening to Ed Sharran he's the best
Posted by sarah on March 10, 2013