In this double meaning optical illusion you can see the outline of a face of a man drawn in white against a black background. When you look more closely the white line turns into a word which becomes more obvious and easier to read if you tilt your head slightly to the right. See if you can spot what the four letter word says. 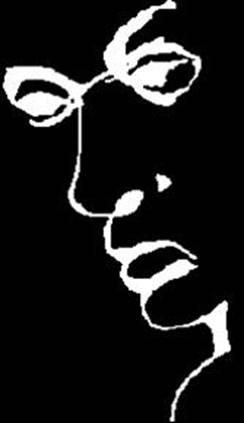 I LOVE ILLUSIONS
Posted by MFS Crafty on December 16, 2015

The word reads liar just tilt your head to the right and you can clearly see it reads liar in fancy writing. its a good illusion i rate it 5/10
Posted by Seth on September 11, 2013