A classic double meaning illusion, is this a drawing of a man with a moustache or is it a mermaid at the bottom of the ocean ? 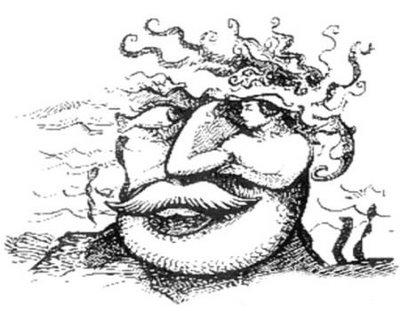 That's when I call to be creative, the I tension is using the mermaid the fish and the octapus to create an old man's face. Cooool !
Posted by Poopy on June 11, 2016

Wow I only saw the man at first
Posted by sashies on September 5, 2012

i see both the man and the mermaid. but the man is more obvious to me
Posted by krysta on March 31, 2012

wow that was sooo cool. i was looking for a mermaid cos thats what i searched for but wow soooooo cool
Posted by may on March 18, 2012

man with a long moustache and i can also see the mermeaid
Posted by mer on February 13, 2010

It so hard to freakin see cuz u just look an see the WHOLE MAN U CANT EVEN FOCUS ON THE MERMEAID...
Posted by Shannon curry on January 25, 2010