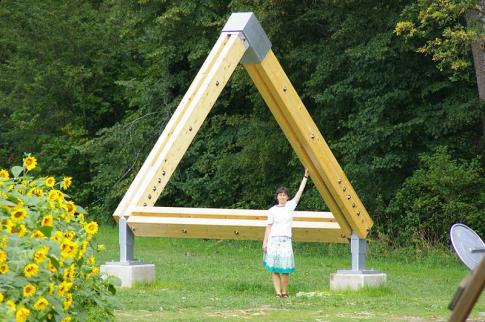 It is a matter of perspective. The top bars are not connected. From other angles it becomes clear that the side of the triangle are seperated by a large gap.
Posted by Poop on February 28, 2015

The bottom line is slightly curved
Posted by pop on November 8, 2012

if you goed on the trail you would have to walk three times around it to get back to the beginning
Posted by mike on June 17, 2010

ok ok its alright no need to shout whatever it looks freaky but its just so not real so whatever people i like ones which are creapy.