An anamorphic 3d chalk drawing of a band playing with a marine theme, the band appars to be bursting out of the pavement along with a number of lobsters and fish. 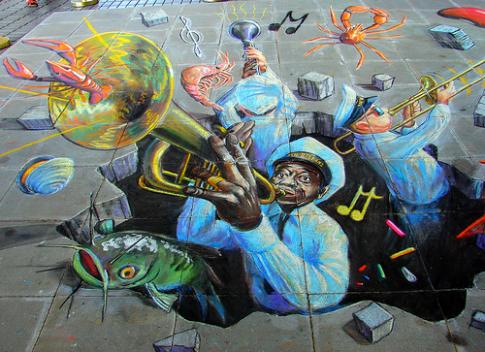 thatis really interesting i am,myself,an artists and it is very hard to creat an illusion as intercite as this;trust me iev tryed,it took me hours on end
Posted by Poo on January 21, 2010

this is really 3D its amazing