This black and white grid appears to bulge outwards in a circular form despite the fact that it is made up entirely of squares. The black square in the center represents the point that appears to be closest to your eyes. 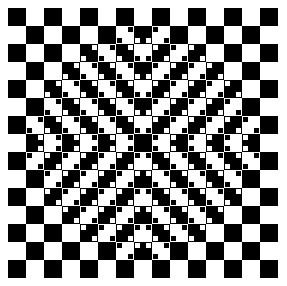 the lines are not straight... very slightly bent and your eyes exagerate it, try making the same "illusion" with dead straight lines and TRUE squares and it wouldnt work.... its a cheat
Posted by the postman on January 25, 2012

it duznt move
Posted by welcome dummy on January 19, 2012

yo dats sick i like it
Posted by your not getting my name on April 8, 2010