Here we have another piece of artwork painted by the well known artist Octavio Ocampo which he has called "Calvary". As you can see this powerful painting depicts the Crucifixion of Jesus but there are also a number of hidden faces in there to find as well. Can you spot them? 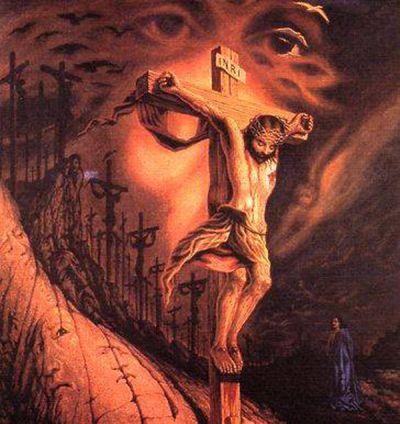 Its a
Posted by Redhottmp@aol.com. Katherine Migues on June 20, 2014

Is there a story about the painting Calvary (optical illusian) ?
Posted by Pat on June 26, 2013